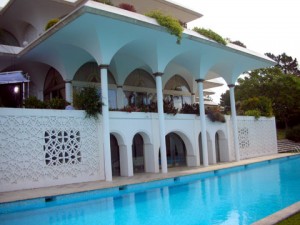 Let’s start with Le Palais Oriental, a trio of restaurants that are located in Cannes, Saint Laurent du Var and Saint Raphael famous for their couscous (some say the best in the region) with menus from €29.00 to enjoy before the spectacle of belly dancing, Le Comptoir de Macao at 24 rue Bivouac Napoleon provides Asian fusion cuisine and the particularity of a tearoom with the strangest and most sought after varieties to taste.

Among the most popular restaurants – at least according to the overload of reservations – the Wok Shop in the Rue Cassini, here a drink called sake and when you sit down at the table you can choose what you will end up in the wok to composer: from chicken to seafood, the type of noodles to finish with 10 accompanying sauces.

And it is precisely in the Chinese quarter nicoise which finally will find Le Dragon Bleu, Vietnamese restaurant with the super classics of eastern cuisine – according to the menu around €40.00 – possibly to be enjoyed sitting at a table near the aquarium.