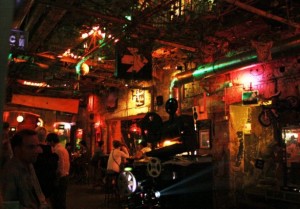 The Romkocsma, the bar among the ruins, are an invention of Budapest, since 2001 the first dubbed the Szimpla coffee, dubbed the next year from our Szimpla Kert, who first experiences the strong, is created to ‘inside of an abandoned factory near the University. Great success, and the idea that spreads like a virus, so as to open in other Hungarian cities, as well as in Berlin. END_OF_DOCUMENT_TOKEN_TO_BE_REPLACED