Only one standard-sized pizza fits on a baking sheet or oven rack, but sometimes you have to make several pizzas at the same time for all the diners to take it freshly made. Today we tell you a trick to be able to put two pizzas at once in a tray, this happens by cutting them in half and placing the straight part parallel to the edges of the tray, and the rounded parts will remain inside. 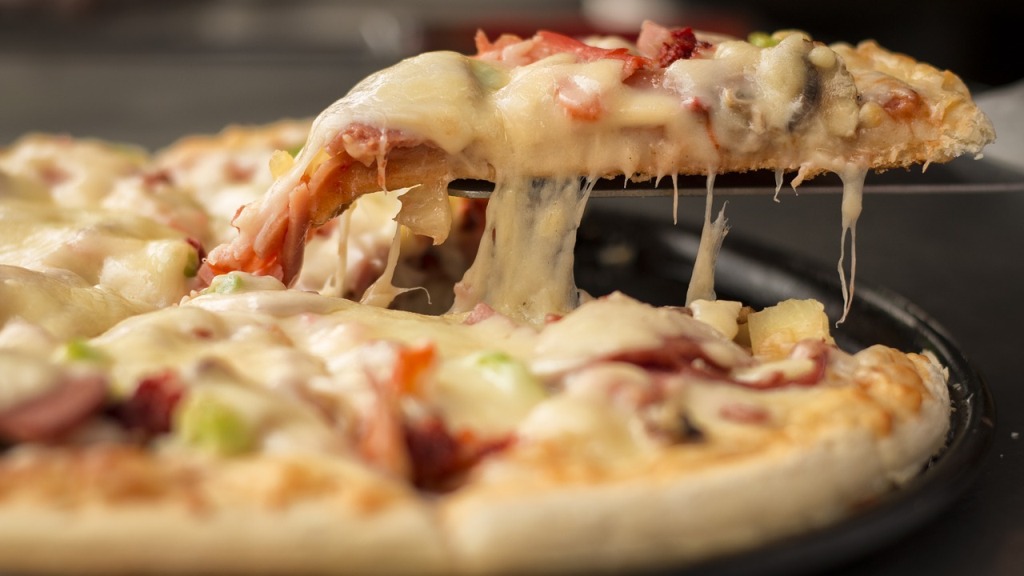 It is possible that this weekend at the table of many homes pizzas are served for dinner, because this appreciated way to enjoy an informal meal, many families usually reserve it for Friday or Saturday nights, and also if they are organized dinner with friends. In these cases, it is very common to have to make several pizzas, and the problem is to be able to serve all at once freshly made, sometimes you have to juggle …

Needless to say, our recommendation to enjoy good pizzas with friends or family is to make them yourself, with this, in addition to eating pizzas made with the best ingredients and chosen to taste, being able to make the combinations that you most please, you can spend some time in the kitchen, sharing another activity with those who like to share time. 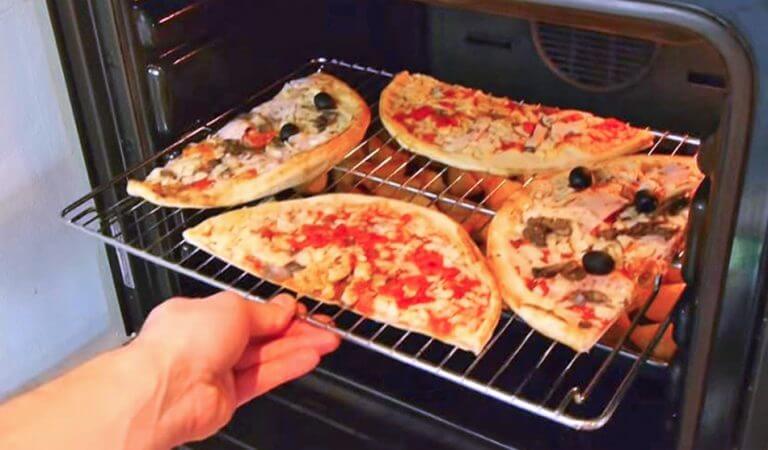 But we are aware that many people buy refrigerated or frozen pizzas that later only have to bake to be able to eat them, if not, they would not be in the market, and although we do not share this choice, we do want to share a trick that can serve you to bring several freshly made pizzas to the table, in the image above you can see how to bake two pizzas on a single tray, and using two trays, you can bake four pizzas at once.

And who says tray, says grid, because when it comes to baking precooked doughs it can be more interesting to make them more crispy. The trick is to cut the pre-cooked pizzas in half so that the parts that have been left with the straight cut, are placed in parallel with the edges of the tray, and the circular parts (the half circles) will be inside the tray.

Depending on the diameter of the pizzas and the size of the tray, this trick will be a solution to bake two pizzas at once or not, the truth is that there are several factors to consider, but the pizzas that are not very large should not give problems, at most, that are minimally mounted between them by the central part. 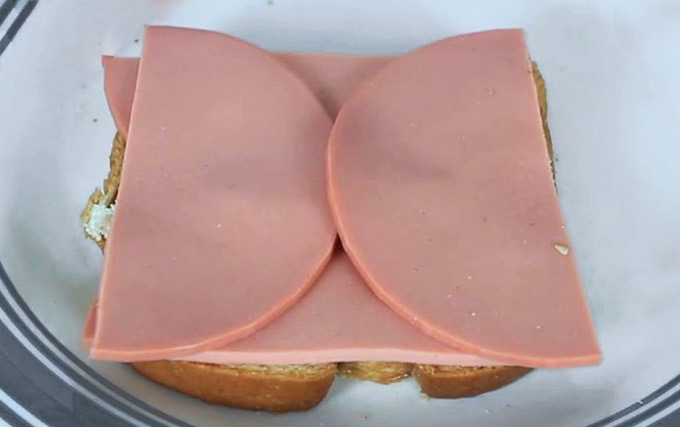 It is possible that this kitchen trick can be applied to other situations in which you need to get more out of the oven space, can you think of an example? And we also wondered what would have been the first idea of ​​cutting round food to get straight sides, baking the pizza or serving a bologna sandwich without it coming out of the bread, you can see the photo. What is your opinion?