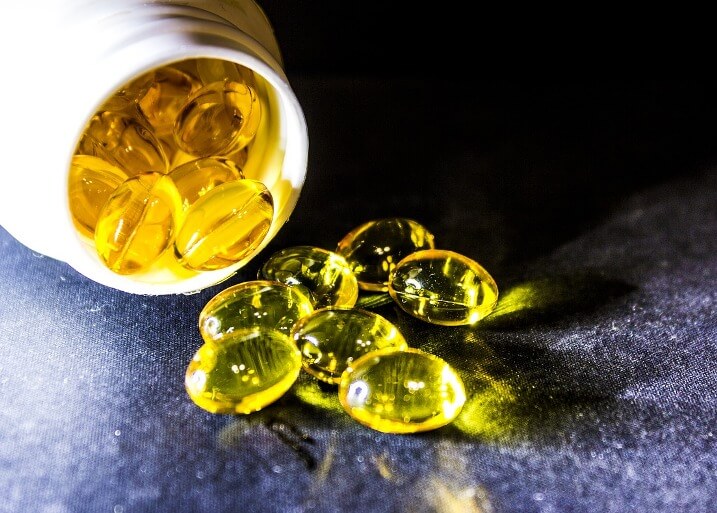 Omega-3 fatty acids are fats that can be found in many types of foods, mainly vegetables and marine animals, that human cells need but cannot synthesize, that’s why they are considered an essential nutrient that must be consumed through the diet.

It is important to clarify one detail: there are many types of omega-3 fatty acids, and although they are usually referred to as a group as essential fatty acids, the only truly essential is α-linolenic acid. If this omega-3 acid is supplied, our body can synthesize all the other omega-3. The other essential fatty acid for humans is linoleic acid, from the group of omega-6.

Fish oils are very rich in omega-3 fatty acids, especially in these two:

Eicosapentaenoic acid: Known by the acronym EPA, is one of the best known omega-3 fatty acids. It is used to synthesize various key substances in important functions such as Prostaglandin E3, Thromboxane A2 or Leukotriene B5, necessary for blood coagulation and inflammation, among other functions. The fish do not synthesize the EPA by themselves, but they obtain it from the diet, especially from the algae.

Docosahexaenoic acid: Known by the acronym DHA, is essential for the formation of sperm, the retina of the eye and the cerebral cortex. It is also present in the heart and is secreted in breast milk.

Fish oil supplements, because of their high content of omega-3 fatty acids, are used for many different purposes. Of all the possible benefits of fish oil, the FDA has recognized and approved the reduction of triglycerides in the blood. This means that this organism considers this proven effect, but fish oil is used for many other purposes that are not always supported by rigorous scientific studies.

It also seems to be effective in preventing heart disease and in reducing the risk in patients already diagnosed with these diseases.

Other cardiovascular benefits in which fish oil could be effective:

Other cardiovascular benefits for which it does not appear to be effective, although used to do so, include arrhythmias or atherosclerosis. Although there are several studies that show a small slowdown in the progression of atheromatous plaques, most published studies do not find relevant evidence.

The results of the positive effects of fish oil on cancer are very conflicting between studies and others. For example, about prostate cancer, the evidence is mixed, with studies showing that the consumption of fish oil and a diet generally low in fat reduces the risk of prostate cancer, but very high levels of omega-3, including fish oils, could increase the risk up to 43%.

The consumption of fish oil along with conventional treatment seems to improve some symptoms of schizophrenia, bipolar disorder and other psychotic type mental illnesses.

The consumption of omega-3 fatty acids during the last trimester could improve the sensory, cognitive and motor development of the fetus.

Although it is usual to consume fish oil supplements to improve diabetes, the studies available so far seem to indicate that it is not effective.

Vegetable alternatives to fish oil
The fillets of a fatty fish can contain up to 30% oil, while in white fish the source of oil are usually certain organs, especially the liver, for example cod liver oil. Fish with a high omega-3 content include anchovies, herring, sardines, salmon, trout or mackerel.

Another animal source rich in omega-3 are the eggs, existing on the market eggs enriched in omega-3 (which usually come marked on the package).

There are also numerous vegetables rich in omega-3, including:

Taking fish oil, fish liver or other omega-3 supplements may pose risks for some people:

Although most of the positive health effects of fish oil and omega-3 supplements in general cannot be firmly stated, a varied diet is probably the best option. Before deciding to take a supplement it is important to consult with a nutritionist or other health professional.