It is one of the most consumed temptations in the world; I believe that there is no person who does not like a good and smooth ice cream that massages our palate with its delicate flavor. Recipes, tastes and tricks to achieve good results are many, but here we will focus on something so simple to know, which is why it melts and how it loses its texture. 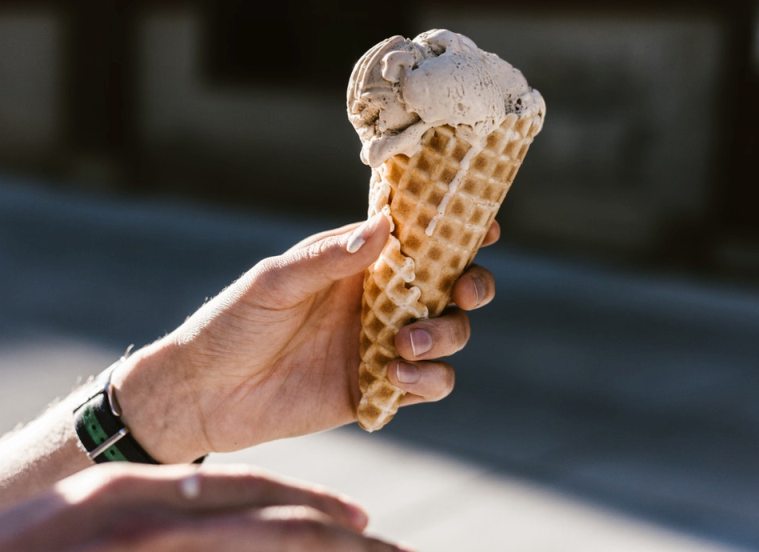 To understand their behavior well, we must know what is done. From the whole range of possible ingredients and flavors, we will focus on the following elements:

It is the water that freezes; it can come from several foods, both fruit and milk. This element is the main support of the ice cream, since it will determine its texture, consistency and smoothness. The more crystals it has, the harder the ice cream will be, the less it will be softer but less resistant.

So to get a good product, you have to have balance between the ice crystals. But something important we lack, the size of them. Since the more children are (micro crystals), the texture of the ice cream will be softer and silky, but if we achieve larger crystals (macro crystals), it will be a more rough texture and not as pleasant, almost as icy.

Here the tasty element is and sometimes fearsome. The fat. The most common is that it is the non-frozen remnant of the product. In other words, if we make milk ice cream, the water of it will crystallize and freeze, but not the fat, since it ends up separating into micro globules surrounding the water crystals to protect them, which will give that silky texture in the mouth.

The more fat an ice cream has the better flavor and texture it will be, since it will melt pleasantly with our body temperature (37°C).

Although clearly an excess would mean a very heavy result, nothing appetizing. The most common fats that are used are creams, egg yolks, hydrogenated fats and even the same nuts oils.

Exactly, the ingredient that not many expected is the air, and this is irremediably incorporated at the time of working the ice cream. Of course, since we must join the water with the fat to mix them and achieve an emulsion. When mechanical movements are applied (both manual and machine) small air bubbles are formed inside, which prevents very solid matrices from forming between water and grease.

Basically it helps us, because if there was no air, the ice cream would be an almost inedible solid block, so this vital element helps us create a better texture and smoothness by preventing the union between the aforementioned elements.

It should be noted that the refrigerator industry tolerates up to 100% of air added to the final product, that is, we can buy an ice cream and half of its weight will be air.

Obviously we need to mention some important ones, such as sugar. Since the great majority of ice creams are sweet, but the sugar apart from giving its characteristic flavor has an important function, since it dissolves in the water that will turn into crystals, but it has the peculiarity of lowering its freezing point.

If the water is frozen at 0°C, with the addition of sugar it will be at -2°C and even more, everything will depend on the amount added. But a lot of sugar will give us a very heavy product with syrup texture… that’s why many ice cream makers use mixtures of sucrose and glucose to give better softness and control the freezing points.

Other much added ingredients are the stabilizers, which simply maintain the structure of the product and improve the texture. Although they are not fundamental, they improve the final results quite a lot.

Percentage of elements composition in the ice cream

Already understanding the aforementioned elements, we must see the percentage of each compound in order to begin to deduce some things…

The amounts may vary, but they are among those ranges.

Why does ice cream melt?

Let’s see it in the following way, once the ice cream mixture is made, it should be kept at -18°C to maintain its structure. That temperature is more than enough to freeze almost all the ice cream water, although it will depend on the time.

Since the more you are freezing, the greater the totality of crystals made, that is, we will enjoy an ice cream where 100% of your water will be froze… an experience not pleasant for our tongue and teeth. Since our tongue literally numbs an ice cream fresh out of the freezer, since an attack of -18°C to our body is quite abrupt and we will taste pure ice…

Every ice cream master knows that an ice cream must be taken out of the freezer for a while before serving it (or keep it in special refrigerators), so that some of those crystals melt and give us a better texture ice cream. The ideal temperatures of consumption are the following:

Then the estimates curious, as we can deduce why melts the ice cream, is due to its ice crystals. Since these are the main supports will be the determinants of the final texture. It is for that reason that we must play a little with the temperatures and percentages of ingredients to achieve tasty and pleasant results.

And obviously, when more than 60% of water crystals are melted… that’s when we say that the ice cream is melted…

It should be noted that here we are talking about sweet ice cream based on milk or cream. In salty ice cream we can apply the same, since the salt fulfills the same functions as sugar (in terms of lowering freezing point) and in the case of sorbets, which are pure water. They play a bit the amounts of sugars, air and mechanical movement to achieve similar textures. But all will melt for the same reason.