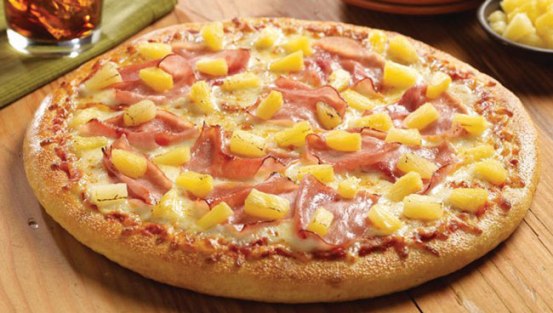 Sam Panopoulos a young Greek at the time, along with his brother had the strange idea of placing pieces of canned pineapple to a pizza. All of this happened at the Satellite restaurant in Chatham, Ontario, of which they were owners.

“We threw it (the pineapple) just for the sake of it, and to see what it tasted”, “We were young and we made many experiments” Sam Panopoulos, now 83 years in an interview with the BBC.

Sam Panopoulos and his brother arrived in Canada from Greece in 1954, they put Satellite in Chatham, a small restaurant in southeast Ontario, 290 kilometers from Toronto.

Panopoulos explains that the pizza is just becoming popular in the United States at that time, and there were no pizza parlor, just a few restaurants that included it in their menu.

The name is not due to the shape of its tropical fruits, nor to anything related to the state of Hawaii, but to the brand of canned pineapple that was used the first time this pizza was created. The one that quickly was successful among the diners, so says Panopoulos.

“People did not venture to try different flavors and foods. The only thing you could find that was bittersweet was some Chinese dishes. Everything else was normal” Panopoulos, explaining that at that time were ingredients in the pizza very limited.

Today just over half a century later, Hawaiian pizza for better or for worse is one of the most popular pizzas in the world, even in some versions you will add more fruits, in addition to canned pineapple.